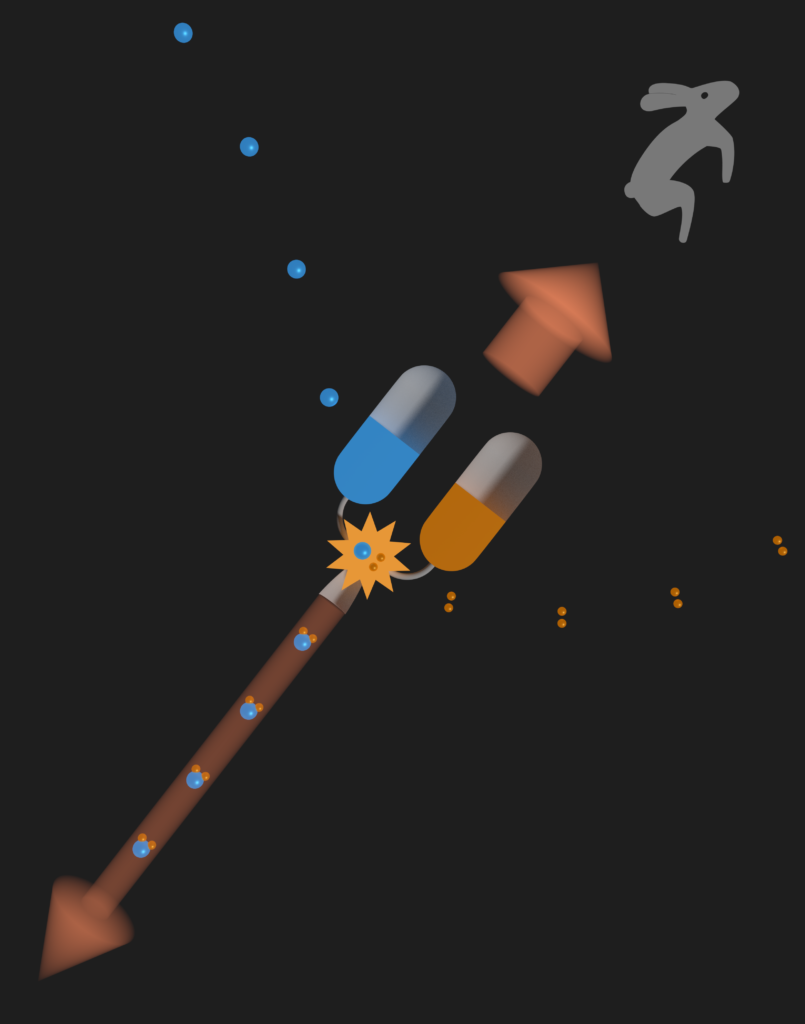 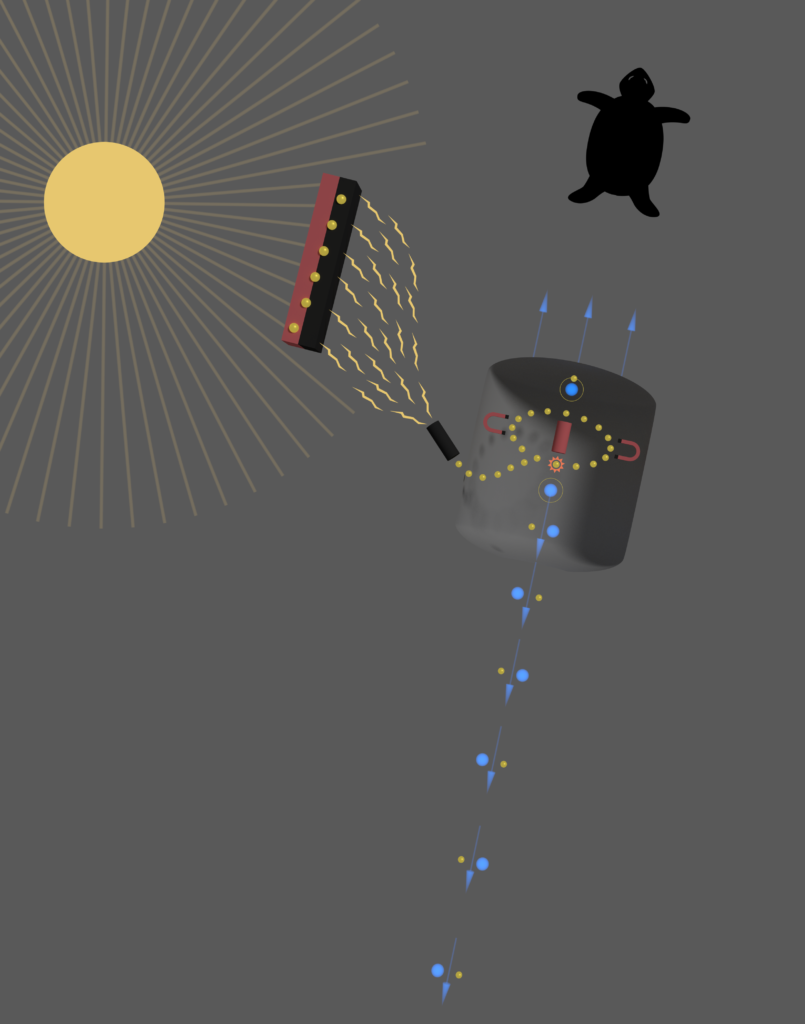 About the work: This image depicts two different types of spacecraft propulsion, through the metaphorical lens of the fable of the Tortoise and the Hare.

In that story, told by the ancient Greek storyteller Aesop, the Hare challenges the Tortoise to a race. The Hare’s victory initially seems certain due to its ability to run at high speed. But as the race progresses, the Hare becomes tired and stops to rest.

The Tortoise, meanwhile, continues on at low speed. But the Tortoise has an advantage: the Tortoise doesn’t get tired, and manages to overtake the sleeping, stationary Hare.

This is one way to think of the different types of propulsion systems that spacecraft can use. Chemical rockets resemble the Hare: while they can produce massive amounts of thrust, they also are limited in how much fuel they can carry and thus run out of fuel more quickly. A solar-electric propulsion system resembles the Tortoise: while it doesn’t accelerate quickly, it can maintain its tiny acceleration for a long period of time without running out of fuel.

Solar panel representation based on information from NASA’s How do Photovoltaics Work? and further data from NASA Ion Propulsion.

View the full image of hare

View the full image of tortoise