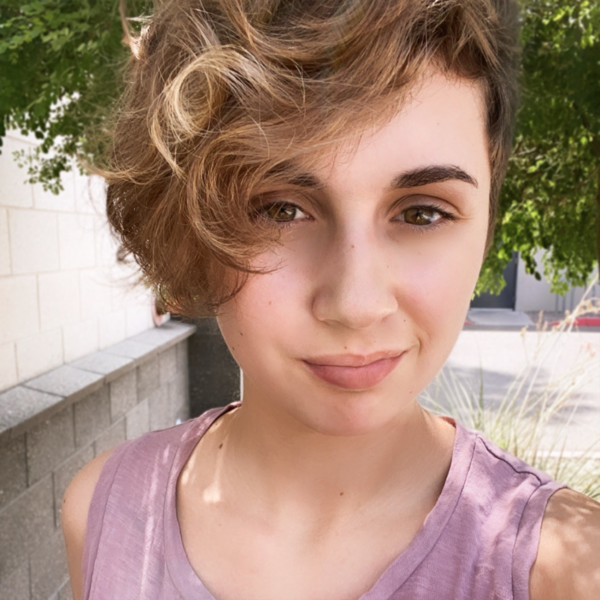 Reflections on Project 1: In Her Orbit

About the work: For this project, I used Photoshop to transform a picture I took in a self-photoshoot into a representation of the Psyche goddess. I imagined the goddess of the soul protecting the metallic world as we send a spacecraft to learn more about it. We are in her orbit because she is the one who protects this little metallic world.

About the work: A child’s mobile is the one thing they look to when falling off to sleep. It sparks creativity and imagination. Science needs that kind of creativity. Without creativity, we would get nowhere. As long as we have imagination, almost anything is possible. That’s what inspired me to create this. I tried to use as much metal as possible, using wires to represent the metallic elements of the Psyche asteroid. The spacecraft and Psyche asteroid figure are made from clay and some metal pieces I already had in my craft bin. Even though the idea started as a child’s mobile, it makes a very pretty hanging piece for any room. The two crystals hanging with them are sun catchers, so when in direct sunlight, they shimmer and reflect light all around the room in beautiful rainbow arrays.

Reflections on Project 3: In Motion

About the work: When I began this project, I was going for a medieval warrior princess look; however, it ended up leaning more towards being something a Star Wars princess might wear, which is even better and definitely more appropriate. The metallic fabric of the dress is meant to emulate the metallic surface of the asteroid, along with the numerous gold accents in the piece. The entire dress was made and patterned from scratch, and although I’ve been sewing for many years, this is the first dress I’ve ever made. It definitely took a lot of trial and error, as well as “trusting the process”.