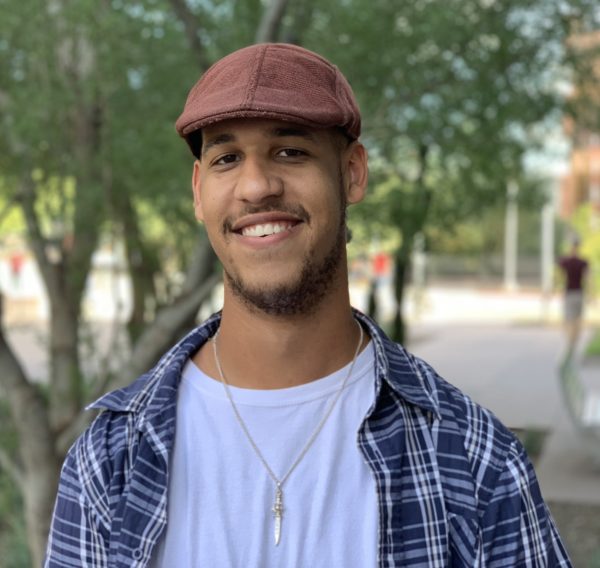 About the work: This piece depicts the Greek goddess Psyche, after whom (16) Psyche was named, holding the asteroid.

About the work: I used to have a levitating globe, and I remembered how much fun I had playing with it, so I decided to make the same thing featuring (16) Psyche.

My Journey to Psyche

About the work: This blog post gives an introspective view of my life and what joining the Psyche Inspired team means to me: I describe my early fears and tribulations that led to issues later in my life, and how those issues changed my perspective and caused me to grow, return to college, and eventually join Psyche Inspired.

Soul of the Asteroid Belt

About the work: Displayed here is the Psyche asteroid exuding a blue and purple electric aura, alluding to the possibility of it being the core of a planet. When I think of the core of our planet, I think of the magnetic field it generates, and when I picture magnetic attraction in my mind, it is represented by electricity. The title, “Soul of the Asteroid Belt”, alludes to the fact it was named after the Greek goddess of the soul, which is written in metallic letters to represent the metallic make-up of the asteroid.

View the full image of part 2