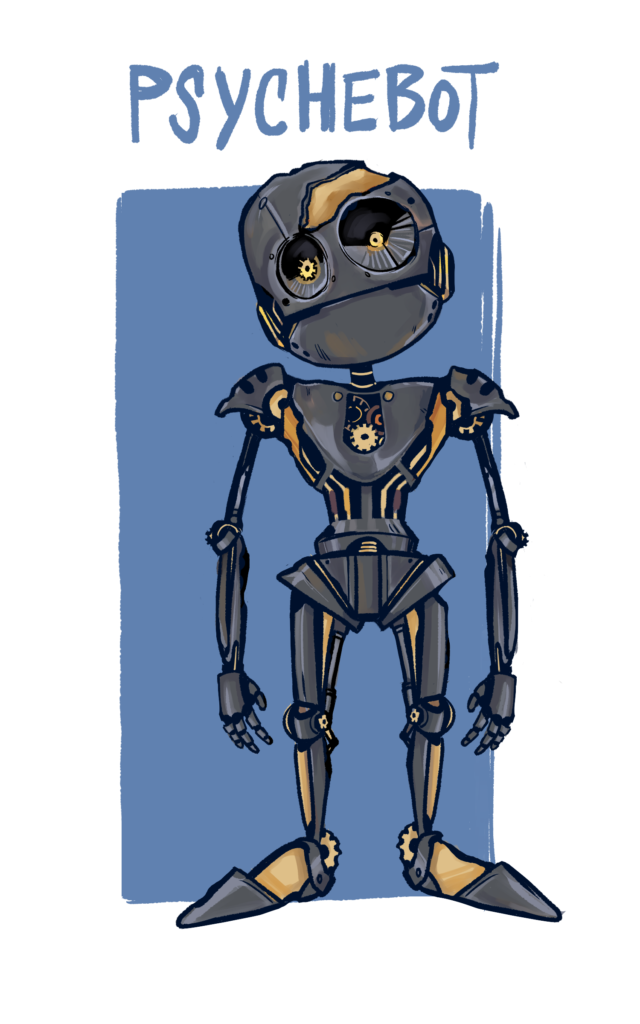 About the work: I really love making character designs, but I have not often worked with robots before. Because of that and the asteroid’s partly metal composition, I thought it would be fun to illustrate Psyche as a robotic character. I chose a humanoid and skeletal appearance due to Psyche’s possible nature as a protoplanet’s core, similar to the core found inside of Earth. Its color schemes and designs lean toward a steampunk aesthetic in reference to preexisting scientific images of Psyche and hypothesized colors of the asteroid, which are based off the metals and materials that may comprise it. I felt like Psyche’s hypothesized color scheme, oldness and derelict, and connection to the goddess of inspiration would lend itself well to the steampunk aesthetic. This aesthetic partakes in a science fiction sub-genre where, in a fictional 19th century, people had a steam-powered revolution, and they were inspired to create brassy, steam powered technology. I also tried to capture the look of the asteroid in the robot’s face: misshapen and seemingly possessing of a pair of lopsided eyes, large and full of wonder. A certain rusty, old, endearing charm. I hope you can see it too.