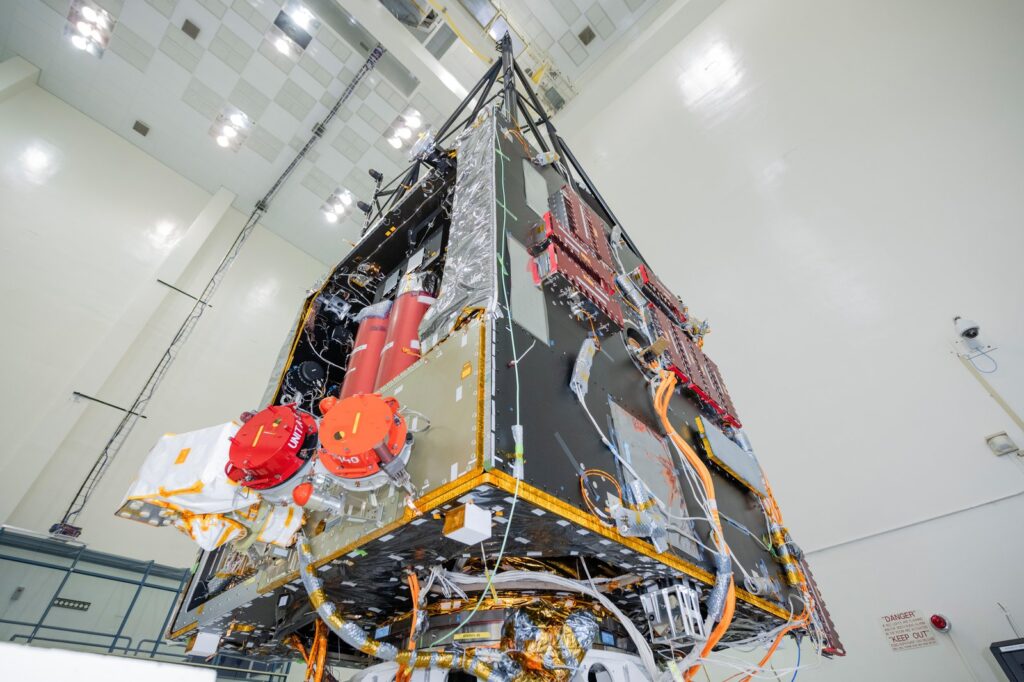 NASA’s Psyche spacecraft is photographed in July 2021 during the mission’s assembly, test, and launch operations phase at the agency’s Jet Propulsion Laboratory in Southern California. Set to launch in August 2022, the spacecraft will use four Hall thrusters to propel itself to the metal-rich asteroid Psyche, using solar electric propulsion. Two thrusters are visible beneath red round protective covers, after being integrated into the spacecraft.

Solar arrays on the spacecraft will capture sunlight, which will be converted into electricity to power the Hall thrusters. The thrusters work by turning xenon gas, a neutral gas used in car headlights and plasma TVs, into xenon ions. As the xenon ions are accelerated out of the thruster, they create the thrust that will propel the spacecraft.

This will be the first use of Hall thrusters beyond lunar orbit, demonstrating that they could play a role in supporting future deep space missions.