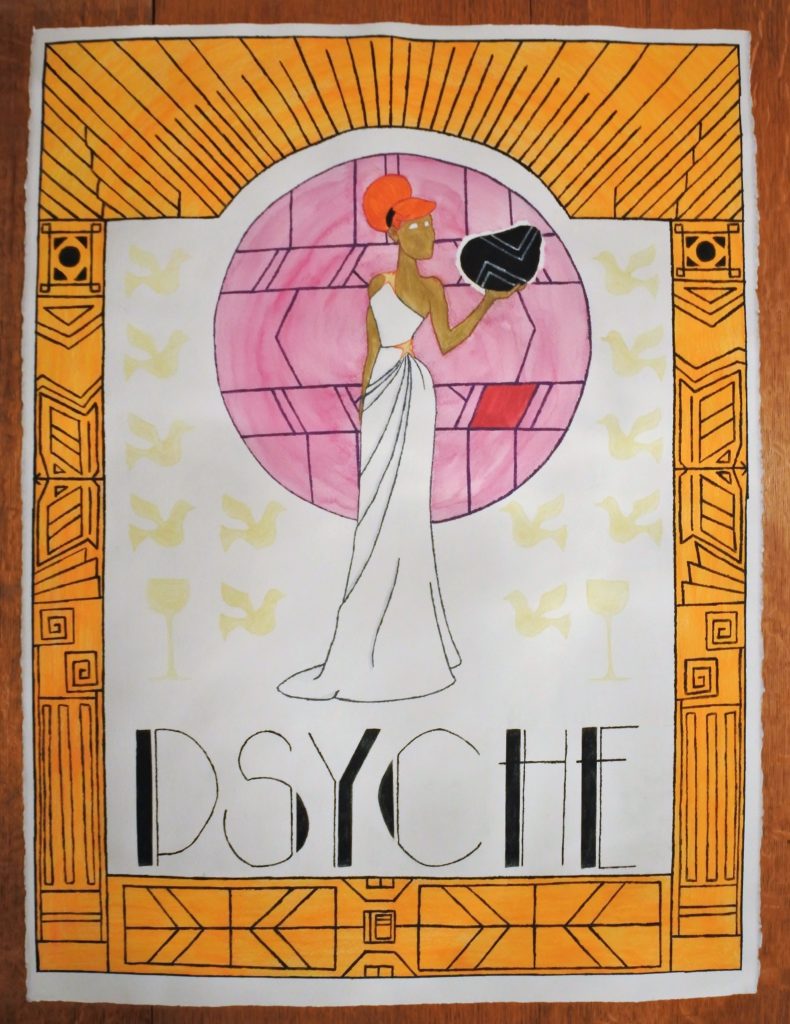 About the work: For this piece, I used a blend of Greek and Art Deco themes to portray the goddess Psyche holding the metal asteroid named after her. The Psyche spacecraft is also hidden in the design. The color scheme is taken from the Psyche mission logo. The piece is symbolic, including the sun presiding over the galaxy and the butterfly, which Aristotle named Psyche (ψυχή), the Greek word for the soul. The eyes are the window to the soul for some, so the goddess’ face is blank except for her eyes, a mirror for anyone to gaze at and see themselves. The goddess’ lover, Eros (better known by his Roman name, Cupid) is represented by his wings near the sun. Zeus made Psyche immortal and is represented by his Roman name, Jupiter. Ionic columns were used in the temples to the gods of ancient Greece, who drank ambrosia, the nectar of the gods, brought to them by doves.