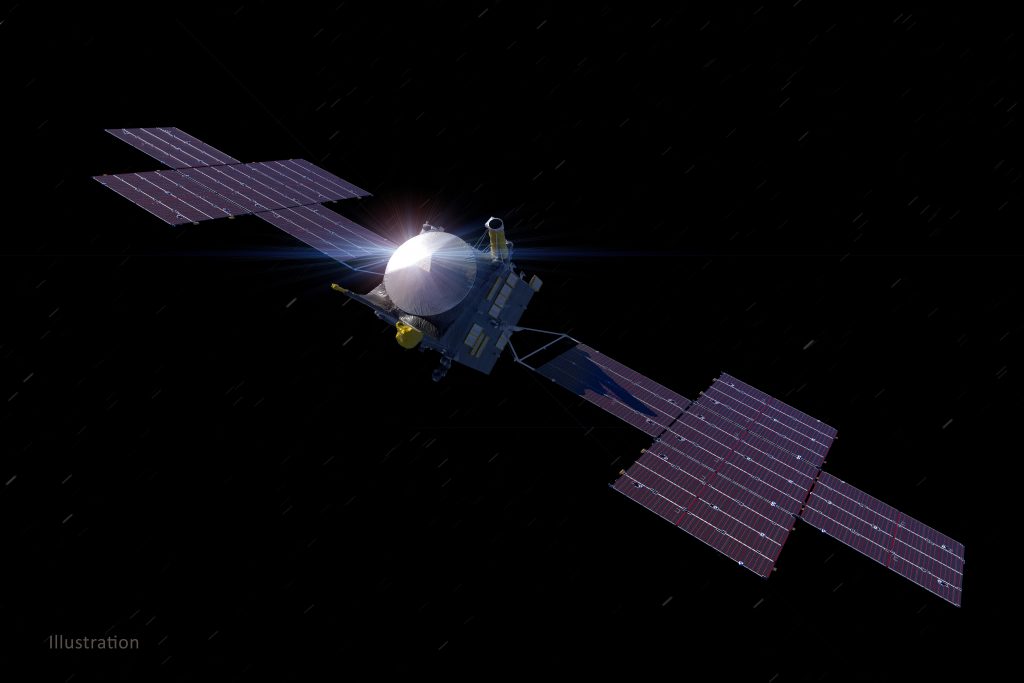 This illustration, updated as of March 2021, depicts NASA’s Psyche spacecraft. Set to launch in August 2022, the Psyche mission will explore a metal-rich asteroid of the same name that lies in the main asteroid belt between Mars and Jupiter. The spacecraft will arrive in early 2026 and orbit the asteroid for nearly two years to investigate its composition.

Scientists think that Psyche, unlike most other asteroids that are rocky or icy bodies, is made up of mostly iron and nickel — similar to Earth’s core. The Psyche team will use a magnetometer to measure the asteroid’s magnetic field. A multispectral imager will capture images of the surface, as well as data about Psyche’s composition and topography. Spectrometers will analyze the neutrons and gamma rays coming from the surface to reveal the elements that make up the asteroid.

Maxar Technologies in Palo Alto, California, built the main body of the spacecraft, called the Solar Electric Propulsion (SEP) Chassis. Maxar also will deliver the five-panel solar arrays, shown here, that will provide the power for the spacecraft systems.

The image was created by Peter Rubin.