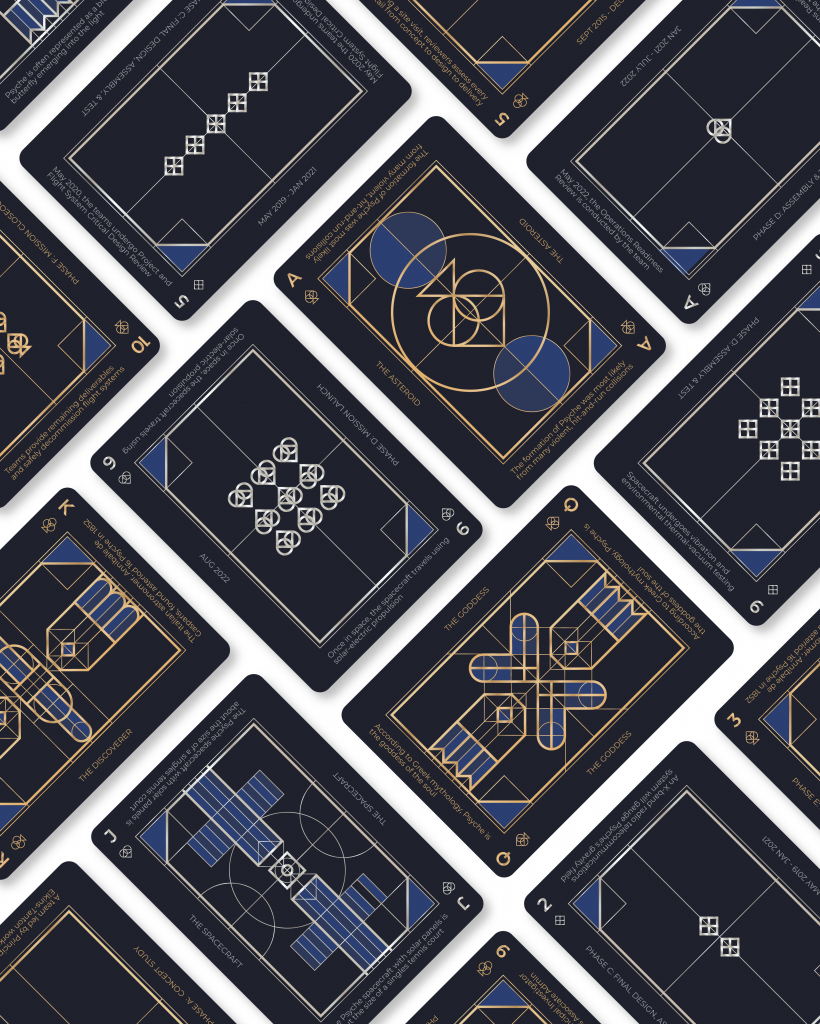 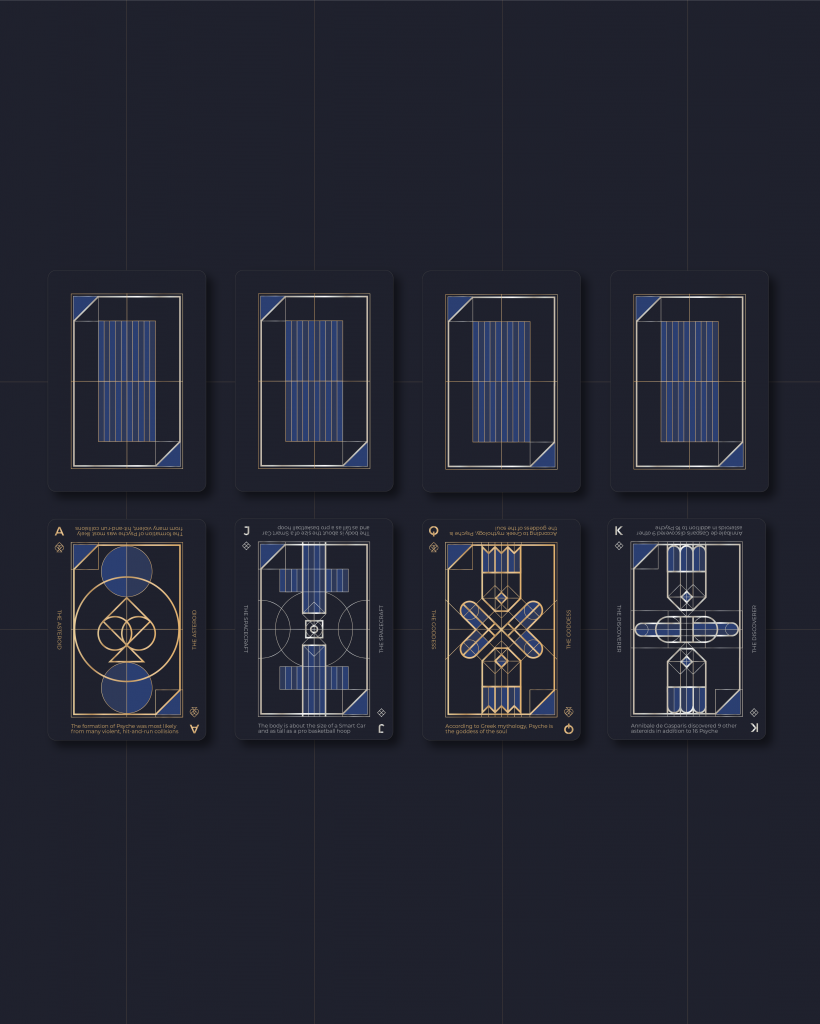 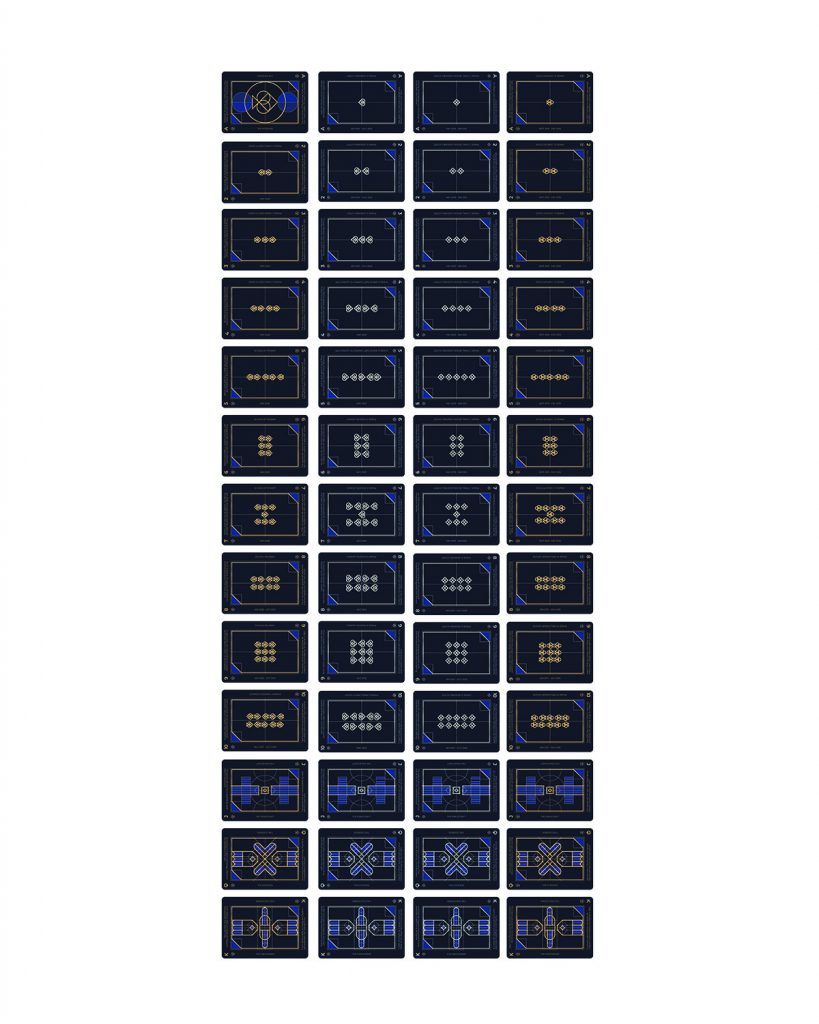 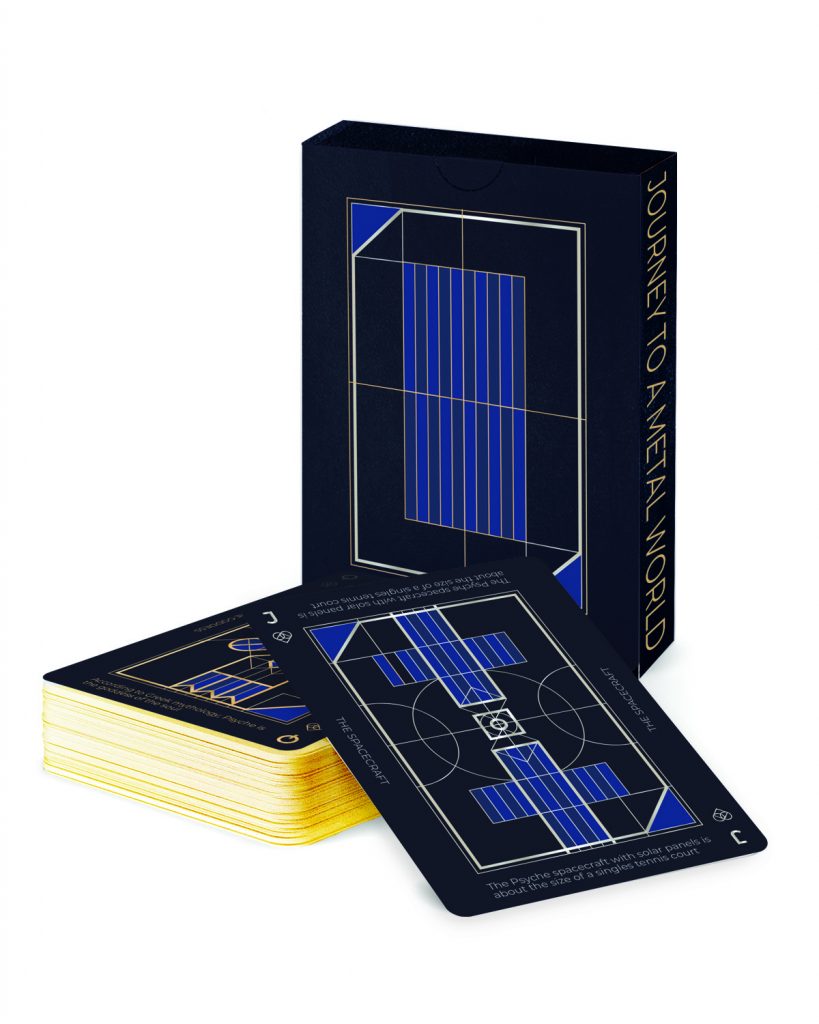 When approaching the design of this deck, I wanted to choose a minimalistic style that felt strong and mechanical, but was also streamlined and delicate. Thus, using a nostalgic art deco style provided the perfect structure to tell the story of (16) Psyche and the mission. Characterized by bold, geometric forms, the art deco style allowed the deck of cards to have rotational symmetry, meaning it will look the same when you rotate it 180 degrees. Aside from card structure, I have chosen gold and silver as the main colors to incorporate the rich colors of the art deco style, as well as emphasize that (16) Psyche is an asteroid made out of metal. When printed, I imagine these elements to be printed with gold and silver leaf. This would let the design to pop off the card as it becomes metallic and shiny.

In addition to the design of the cards, I wanted to dive deep into the story of (16) Psyche and the mission through the specialty cards. I did this by calling out defining characteristics about each of these key players in the mission through design. As stated earlier, the Ace of Spades represents the asteroid. In this design, there are three main circles overlapping to represent the hit-and-run collision that may have formed (16) Psyche. Next, the Jacks represent the spacecraft. In the design, the spacecraft is illustrated on top of three overlapping circles to represent the different oribs the spacecraft will undergo. Following this, the Queens represent the goddess. Goddess Psyche has numerous symbols, but she is most often represented as a blue butterfly emerging into the light. Thus, her design includes blue wings under her head as her body. Lastly, the Kings represent the discoverer of (16) Psyche: Annibale de Gasparis. To highlight his scholarly studies and discoveries, his arm and body come together to form an observatory icon.