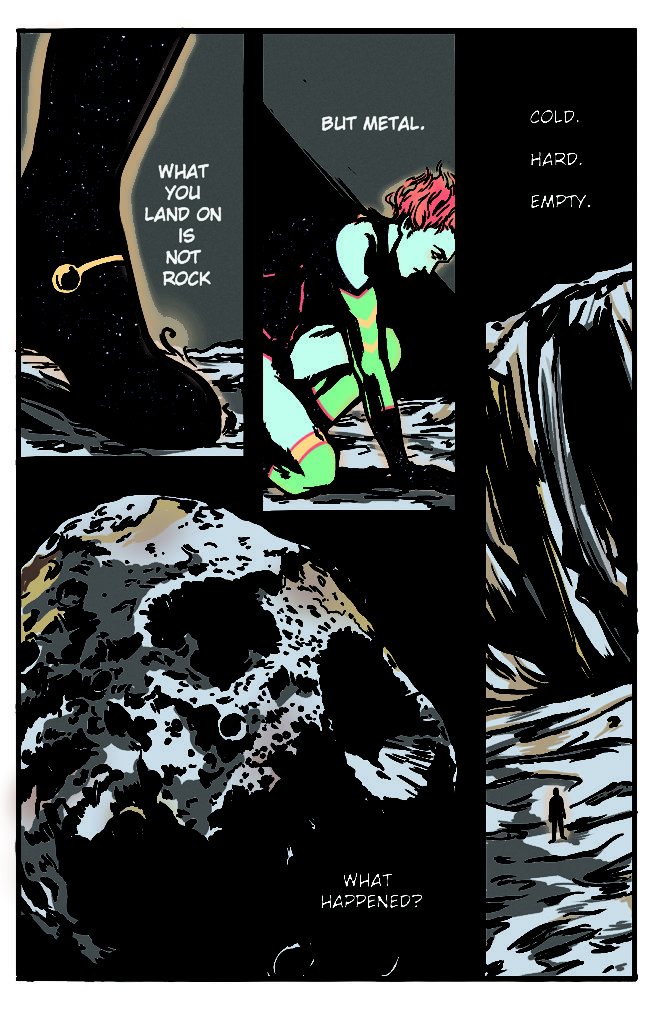 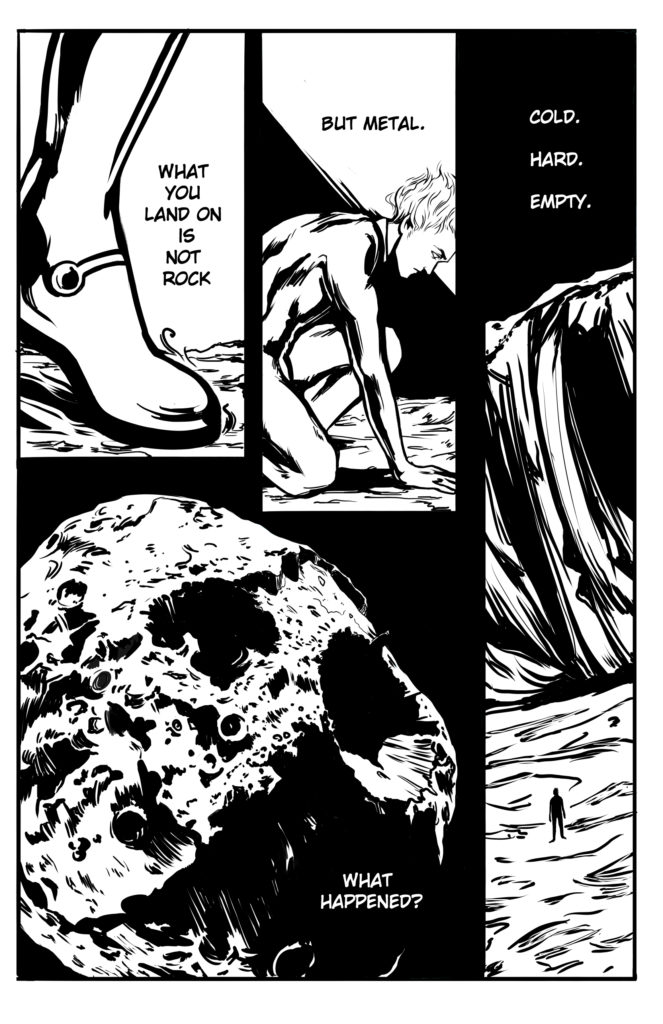 About the work: This piece was a way for me to illustrate Psyche in a form that inspires me and to return to the roots that led me to this internship. I love narrative illustration, and comics are an area of art I want to pursue as a career. The first comic I made seriously involved this ethereal, superhuman space voyager. That character sparked my interested in NASA, space programs, and space art. I would later make a piece about him descending on a foreign planet, which I submitted in my application for this internship. Now, years later, I have the pleasure of illustrating him descending onto Psyche in this very comic, in the hope that what originally inspired me can inspire others about Psyche. I was also interested in exploring Psyche’s history and its terrain, so I wanted the comic to focus on those elements. I wanted to generate the same feeling of awe I felt when hearing Psyche’s story of being an asteroid that may be the core of a planet, decimated by the impact of a foreign space object thousands of years ago.