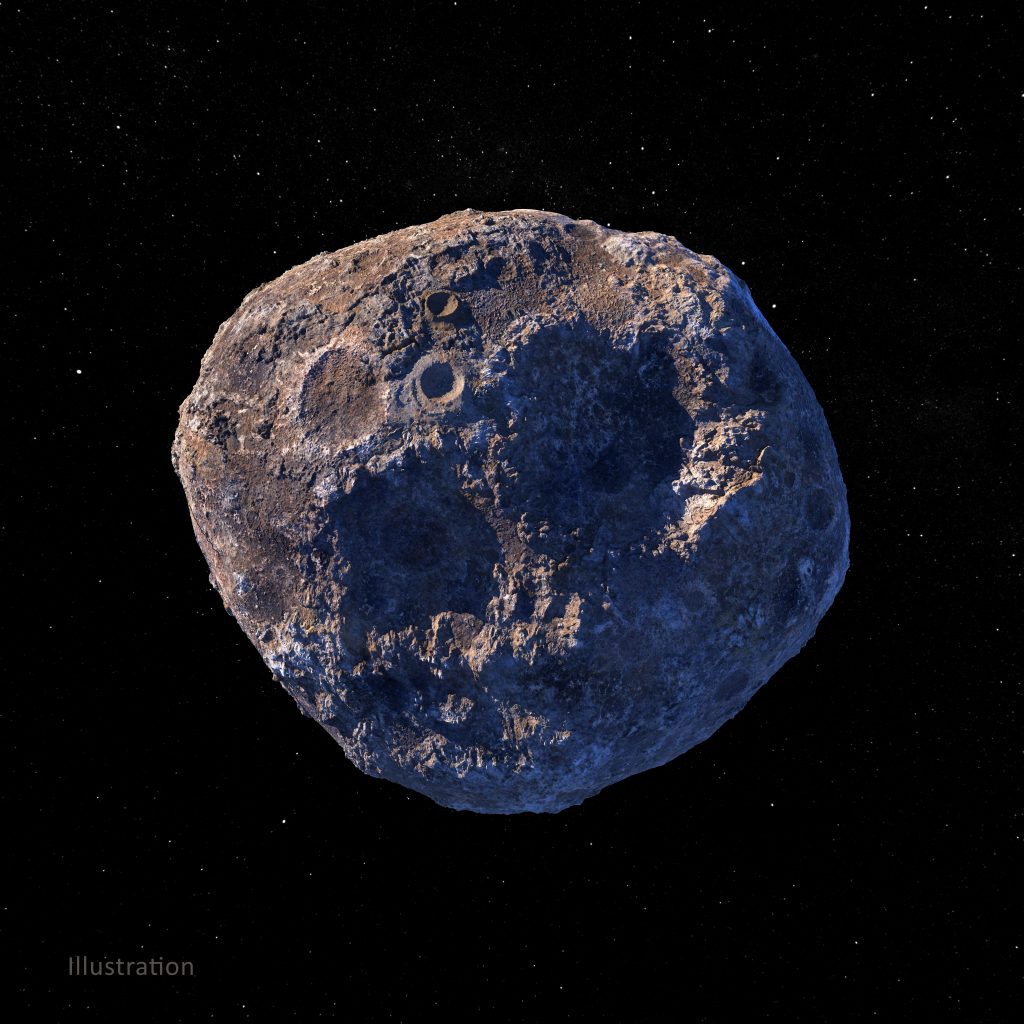 This illustration depicts the 140-mile-wide (226-kilometer-wide) asteroid Psyche, which lies in the main asteroid belt between Mars and Jupiter. Psyche is the focal point of NASA’s mission of the same name. The Psyche spacecraft is set to launch in August 2022 and arrive at the asteroid in 2026, where it will orbit for 21 months and investigate its composition.

Based on data obtained from Earth, scientists believe Psyche is a mixture of metal and rock. The rock and metal may be intimately mixed on a scale too small to detect from orbit, as depicted in this illustration. Observing and measuring how the metal and rock are mixed will help scientists determine how Psyche formed.

Exploring the asteroid could also give valuable insight into how our own planet and others formed. The Psyche team will use a magnetometer to measure the asteroid’s magnetic field. A multispectral imager will capture images of the surface, as well as data about Psyche’s composition and topography. Spectrometers will analyze the neutrons and gamma rays coming from the surface to reveal the elements that make up the asteroid itself.

The illustration was created by Peter Rubin.

View or download the full resolution versions from NASA’s Photojournal