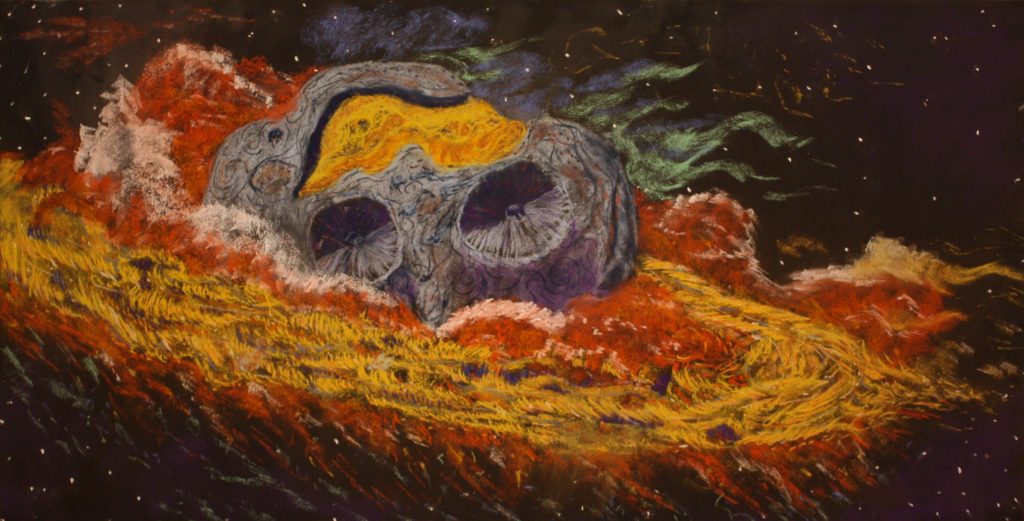 About the work: It’s thought that 16-Psyche is the exposed core of a protoplanet whose mantle was ripped away by repeated collisions. This would have resulted in clouds of metal and rock surrounding the asteroid. However, this is only one hypothesis describing its formation, and any debris has long since cleared from the asteroid’s path. I attempted an Impressionist style in this work with a liberal use of bright saturated colors and punctuated strokes. This took just over an hour to complete. It depicts a common interpretation of 16-Psyche surrounded by its ejected mantle. The asteroid sinks into clouds of dust while a disk of debris is pulled into orbit, much like a protoplanetary disk.