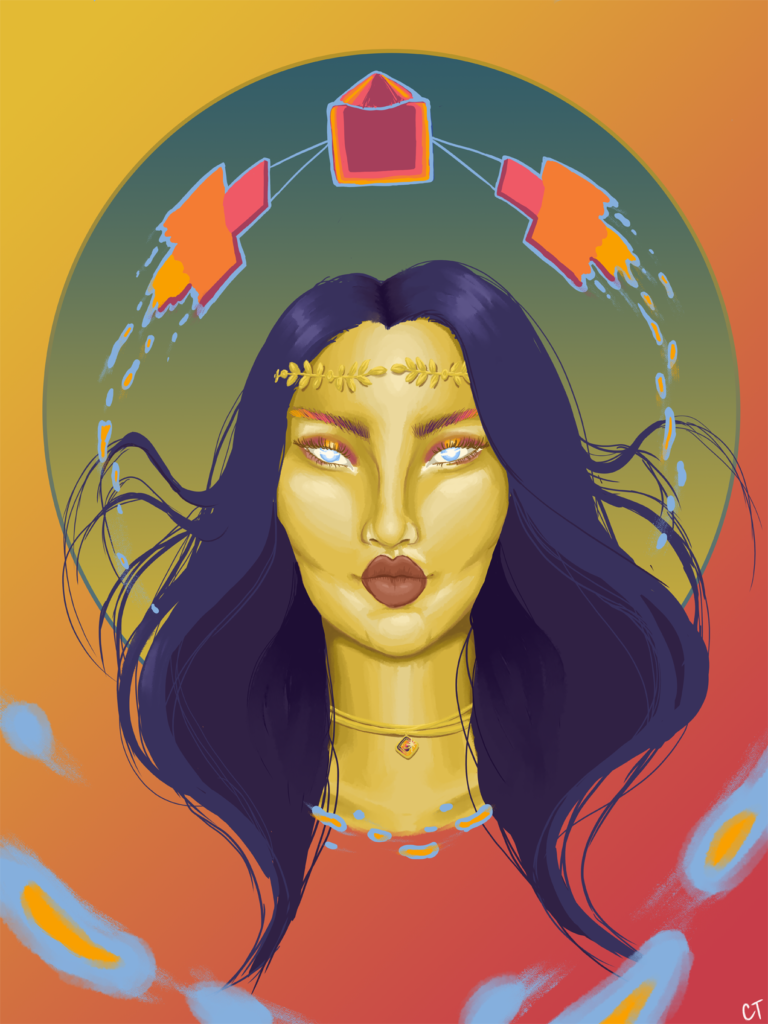 About the work: This piece is my artistic rendering of the Greek goddess of the soul, Psyche, after whom the asteroid being investigated was named. Alluding to the Greek mythology aspect of the mission, I included a gold leaf headband and a gold choker necklace as symbolism for the jewelry that the ancient Greeks sometimes wore. Flying above the woman’s head is the Psyche spacecraft that will be launched in 2022. It is surrounded by a blue glow that matches the color of the woman’s pupil-less eyes (pupil-less since the eyes are the window to the soul!). The spacecraft appears to be melting and is bent in a way to suggest dynamism—this movement, in addition to the woman’s suspended hair, represents the progress we are making toward the mission, as well as the actual action of being launched. Most of the colors I used were from the Psyche mission’s official color palette.