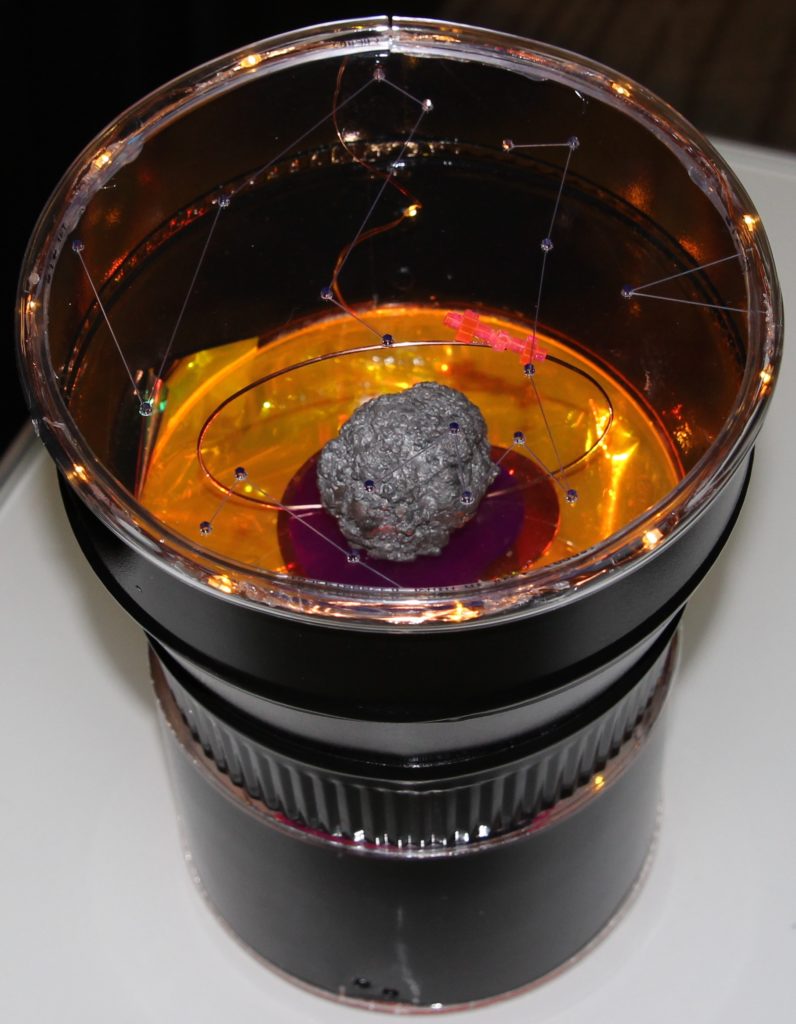 About the work: Backyard Telescope represents the accessibility of the asteroid (16) Psyche to scientists and non-scientists alike because of the Psyche Mission. Images and information collected during NASA-led missions are made available as part of the public domain, allowing amateur astronomers a chance to learn about space. This diorama returns to a childlike fascination with exploration and learning.

The asteroid in the center is cast in iron, an element in Psyche’s composition. The laser cut Psyche spacecraft orbits the asteroid on a copper wire, referencing Arizona’s role in the mission. The star patterns are designed after sculptures of the goddess Psyche from the era of the asteroid’s discovery. The dichroic film – which was developed in the late 1950s by NASA and the Department of Defense to protect sensitive instruments from cosmic radiation and to shield astronauts’ vision from unfiltered sunlight – represents the decades of great scientists and engineers who have made and continue to make space exploration possible.