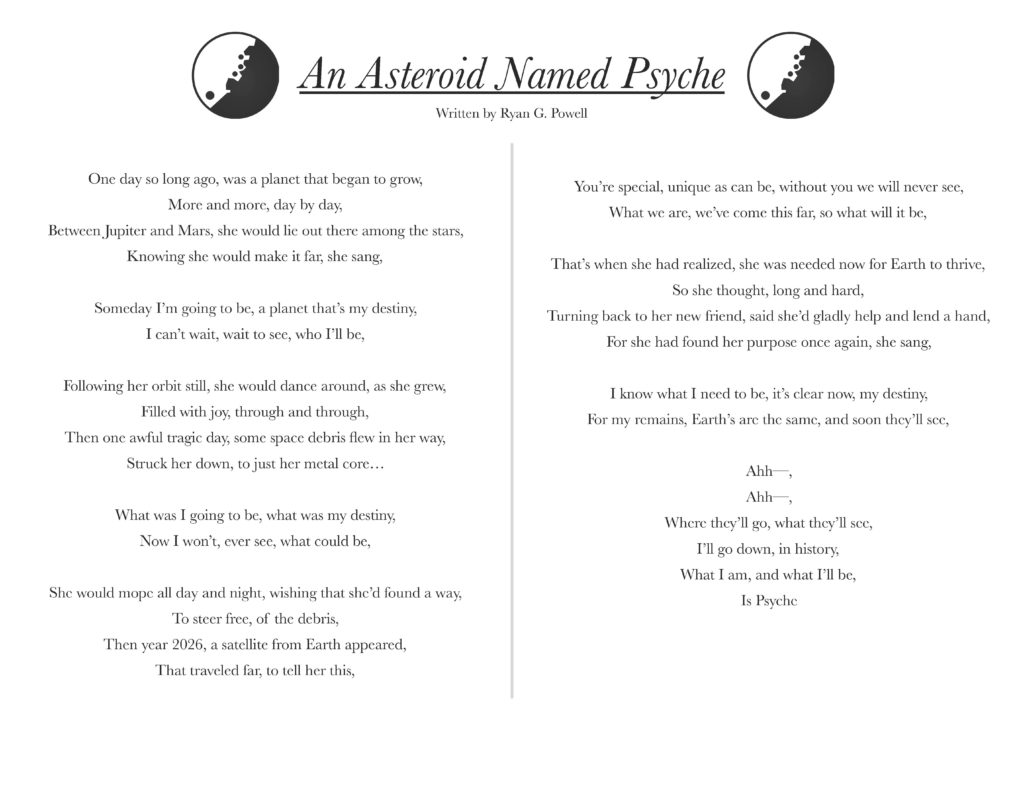 An Asteroid Named PsycheAn Asteroid Named Psyche is a children’s song that I wrote, which follows the asteroid’s story. I wanted the song to be both educational and exciting for kids, so I brought the Psyche asteroid to life and created a story that could have a nice little moral while staying on target scientifically. I wanted it to be about ‘purpose’ because I think that’s something that a lot of kids really struggle with – myself included! I aimed for the melody to be catchy, singable, and somewhat repetitive. The vocals and guitar were recorded by my friend Amelia Murray, a New York City based singer-songwriter, who did an amazing job of giving the tune a character. Along with the recording, I created a lead sheet and a lyric sheet, both of which will be shared with various schools for any choirs or classes that would be interested in learning the song and learning about the mission!

Listen to the song