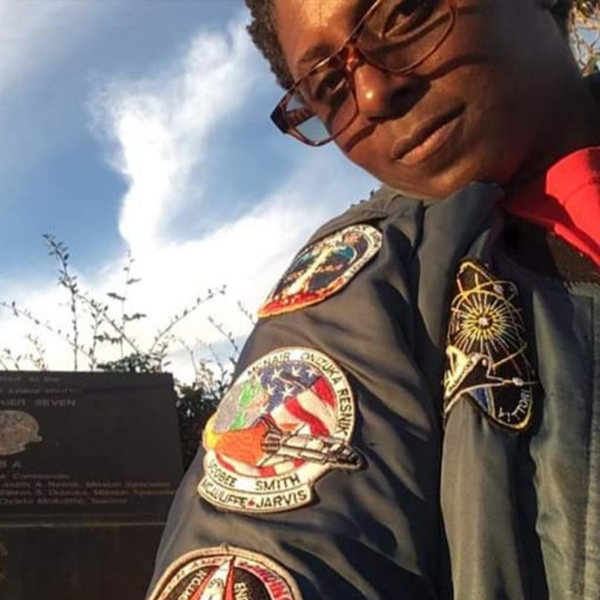 About the work: This multimedia presentation is meant to get people excited for the current mission to (16) Psyche, as well as to push beyond imagination and to reach to make dreams reality in human spaceflight to asteroids. I hope you enjoy watching!

Reflections on Project 2: Draw Your Mission to (16) Psyche

Draw Your Mission to (16) Psyche

About the work: Draw Your Mission to (16) Psyche (downloadable PDF) is about giving the reader space to create their journey with what Dr. Lindy Elkins-Tanton thinks are the most important things about the Psyche mission that people should know. It is meant for everyone to feel included. I hope this book accomplishes this goal. An audio file accompanies the booklet to listen to while one works.

Reflections on Project 3: Some Science of the Psyche Mission

Some Science of the Psyche Mission

About the work: This painting is of the Psyche spacecraft’s multispectral imager and X-band high gain antenna. The two instruments are on different sides of the spacecraft, so a split image was chosen to demonstrate the two instruments collecting data. We are not sure what to expect from Psyche, so the information gathering process is still continuing.The painting is also meant to be changed and/or built upon with other canvases, or anything else the imagination holds.

About the work: “Psyche Science Goals and Objectives (Asteroid Chillin’)” is a song with a fun twist talking about Psyche’s science goals and objectives. I thought it would be neat to bring music to a STEM list.

Psyche Science Goals
– Understand a previously unexplored building block of planet formation: iron cores.
– Look inside terrestrial planets, including Earth, by directly examining the interior of a differentiated body, which otherwise could not be seen.
– Explore a new type of world. For the first time, examine a world made not of rock and ice, but metal.