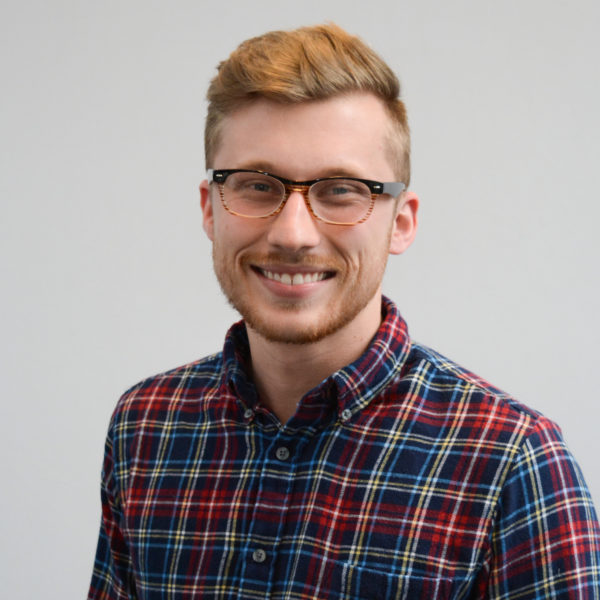 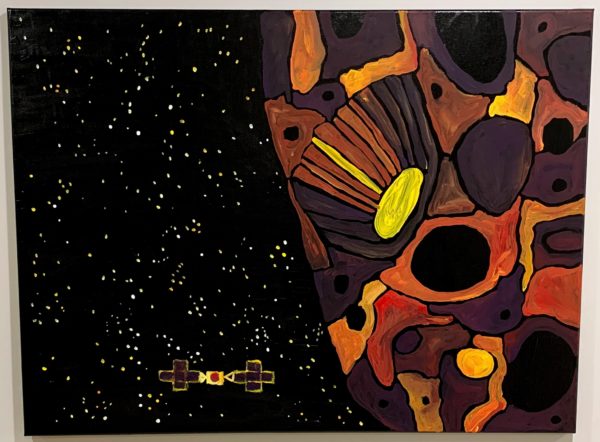 About the work: This piece shows the Psyche spacecraft approaching the Psyche asteroid. The rough, unknown surface of Psyche is represented in the painting by coarse brush strokes and gaps on the surface, suggesting gaps in knowledge. Colors unlikely to appear on the actual asteroid are used, which emphasizes Psyche’s foreign nature. A face is faintly revealed on the surface of the asteroid. Psyche seems surprised to have a visitor. 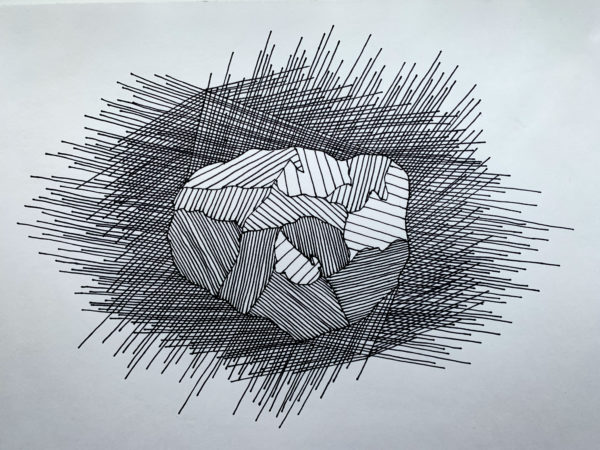 About the work: This piece is a simple representation of (16) Psyche with an emphasis on rays of light surrounding the asteroid. The rays extending out from Psyche represent the many different angles from which the asteroid will be observed and analyzed.

About the work: Orbit is an interpretation of the Psyche spacecraft arriving at and orbiting the asteroid. The computer-generated sounds are representative of the spacecraft and the guitar is representative of the asteroid. Both the guitar and the electronic sounds pan between left and right to give the impression of movement. The guitar, which represents the metallic nature of the asteroid, has a vibrato-type effect applied to it and slight detuning to indicate the irregularities on the surface of (16) Psyche. The electronic noises include distorted speech and more electronic sounding beeps, which represent the communication that will occur between Earth and the spacecraft. The song follows the path of the Psyche spacecraft. Initially, the asteroid is not present, and the song ends with the spacecraft going offline. 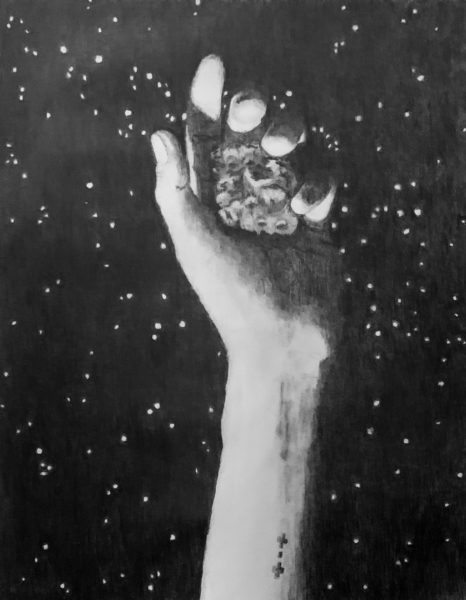