Two Universities, Two Disciplines, One Project: Perspectives of a Project Manager and an Engineer 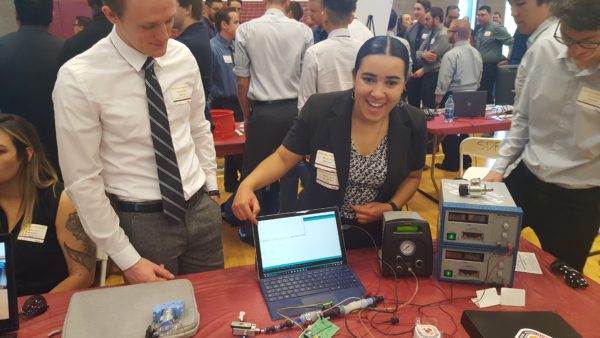 Since August 2017, the Psyche Mission has engaged hundreds of undergraduate students in working on capstone projects related to the mission. Capstone courses are culminating courses that give undergraduate students in their final year the opportunity to apply their knowledge and skills to real-world projects. Psyche capstone projects are distinct in that they are not only interdisciplinary, but some are also inter-university. These unique features allow individuals from different regions, universities, and majors to work with one another, thereby reflecting the complexity and diversity of real-world space mission teams.

Recently completing its second year, the Psyche capstone program so far has involved 260 students from 16 different majors (from graphic design to electrical engineering to computer science) and seven universities. The student participants are diverse in many ways — not just in terms of gender and race/ethnicity, but also age (some came to college straight from high school while others attended after time in the workplace), nationality, previous experience, and whether they are attending school in person or pursuing a degree online.

During the 2018–2019 academic year, we (Addison, an Engineering Management online student from Arizona State University living in California, and Eric, a Mechanical Engineering student from the Florida A&M University-Florida State University College of Engineering) had the chance to form one of three trial interdisciplinary, inter-university capstone teams working with the Psyche mission. We were more than happy to be the “guinea pigs” — both for the chance to work on a NASA project and in a team structure that we’re likely to experience in the workplace.

My capstone journey started at the beginning of the school year with reviewing potential capstone projects available with NASA’s Psyche mission. I was immediately intrigued! Taking a closer look at the possibilities, the Xenon Flow Controller project was particularly interesting. This provided the opportunity to design a system capable of supplying Hall Effect Thrusters (HETs) similar to those aboard the Psyche spacecraft. Given an adequately ambitious team, there would also be the chance to build a functional prototype of our design. I was sold! I pled my case to my professor and was fortunate enough to be selected and assigned to work with the FAMU-FSU team. It was daunting to think about managing a real-world project with a group of soon-to-be engineers with as little experience as myself — but I knew that the upside could be tremendous.

The Psyche Xenon Flow Controller capstone project was my first choice for my mechanical engineering senior design project. At the time I didn’t know anything about Xenon Flow Controllers and what they are used for. Nevertheless, I remember leaving the initial project briefing and feeling like I was an official NASA engineer, which helped to fuel my excitement for the project! Over the next couple of months, I spent a lot of time researching anything and everything related to Xenon Flow Control.

Once we got started, one of the most surprising things I (and we all) found about the project was the vast array of risks and challenges that the team faced.

The biggest challenge with a capstone project like this is that you have to keep up with all of the course deliverables while simultaneously developing the prototype and trying to truly understand the science and engineering behind it. 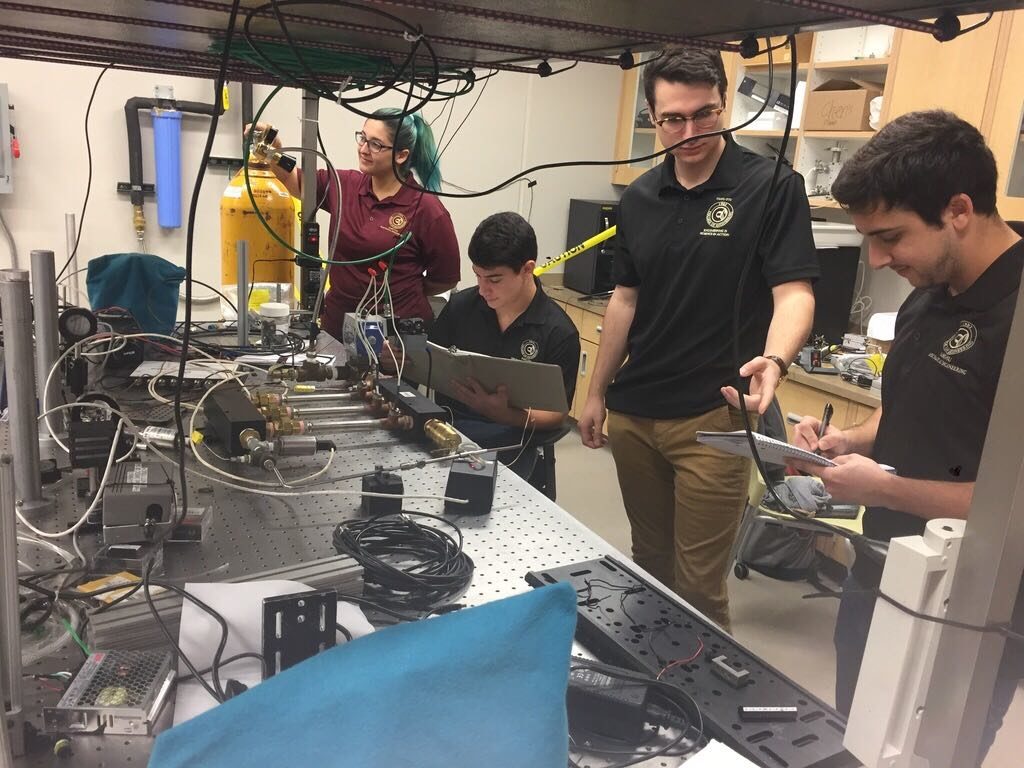 There were the expected risks that nearly every project faces — those related to the project schedule and budget. There were also challenges that were specific to our project (though still expected), such as those associated with working remotely in different time zones, having no physical interaction with the rest of the team, and learning new programs and applications. But on top of those, there were issues we faced that were entirely unexpected and challenging to accommodate in our schedule: Hurricane Michael displaced the entire FAMU-FSU team (leaving them without power for days), the California wildfires had me prepared to evacuate at any moment, and the government shutdown prevented our technical mentors at NASA from being able to communicate with us about the project for weeks.

Despite these unusual challenges, what was most surprising to me were the challenges that we didn’t face. We never really experienced issues working with a new, diverse team. There were no arguments over the system design (though thoughtful discussions), no difficulties working with the project sponsor, no finger-pointing over shortcomings, and no refusals to take on tasks. All of the things that had made the senior design project seem so daunting earlier in my academic career ended up being complete non-factors.

We were able to accomplish most of the goals established at the beginning of the project after many design changes, campaigns for extra funding, hundreds of hours spent working, and countless help sessions with professors, technical mentors, sponsors, and advisers.

Not only did we decide to build the prototype of our model, but we endeavored to test it at NASA’s Marshall Space Flight Center (MSFC) as well… with some help. 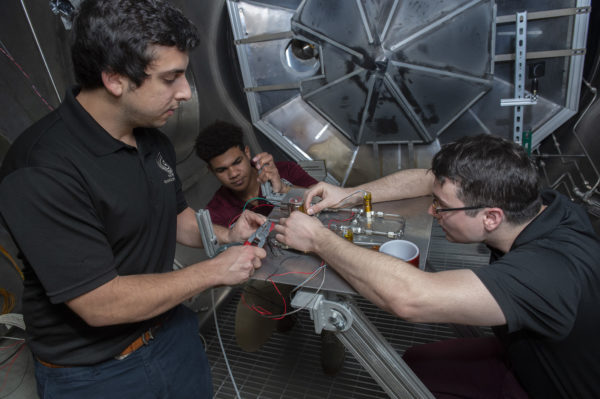 It’s an example of all of the great support we received — our professors and project mentors helped us make connections that allowed us to coordinate an opportunity to test our prototype at an actual NASA laboratory!

After submission and approval of our testing procedures, we were cleared to test our Xenon Flow Controller prototype for an entire week at MSFC. The planned experiments would test the functionality of our prototype using actual Xenon gas within a vacuum chamber to simulate the environment of space. I was extremely excited at the news, although we still had a lot of work to do to be ready. During that week at MSFC, we learned from and worked directly with several NASA experts in order to complete our testing. We faced many challenges and didn’t get the exact results we were expecting during testing, so we had to troubleshoot very quickly with guidance from the experts and even had to make a design change on the fly. The end result was a designed, built, and tested Xenon Flow Controller prototype. My teammates and I could not have been prouder.

I agree — I could not be more proud of what the team has accomplished. Not only did we decide to build the prototype of our model, rather than just design it, but we pulled everything together to be able to test it at MSFC as well.

If I could give the future Psyche capstone teams some advice — our most valuable lessons learned — here’s what it would be:

Keeping these three things in mind throughout the project would have certainly saved the team some frustrating days, nights, and weekends!

One thing that we took away above all was how much you can accomplish with an outstanding project team and the support of many people who want to see you succeed!

Even with plenty of challenges and, sometimes, lack of sleep, we learned so many valuable lessons during this project, and it was hands down one of the coolest experiences of our lives!

Interested in getting involved with Psyche through the capstone program? If you are a college or university capstone course instructor or administrator (or future capstone student) and would like more information, please fill out our interest form on the Psyche capstones page. 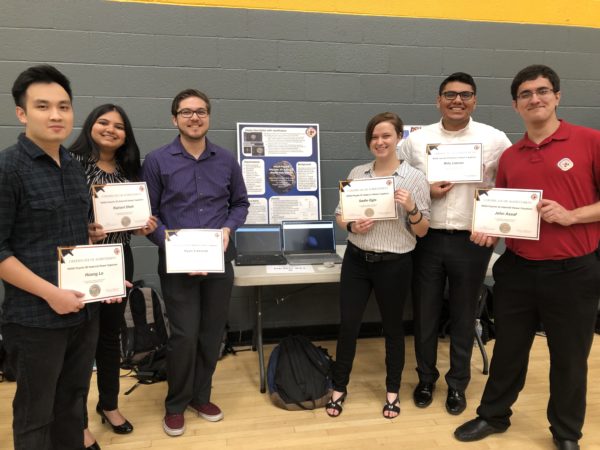